” The Misuse of Pharid’s codes and Algorithm by the hacker “

The QRecorder’s users’ has been a victim of malicious program called Spy.Banker.AIX program. The QRecorder application of another Publisher named  “NickBaza”  bought the source code ( License ) from me through Codecanyon.net. So, The alligation which is claimed by the media of the poland about me is totally false.

I ( Pharid Ali ) do sell a lots of app’s source code to the people all around the world every months through a marketplace called Envato.  Envato is a Marketplace where people can buy themes, apps, templates, etc easily. And The Codecanyon.net is  a branch of Envato where i do sell a lots of app on the regular basis. And in the context of QRecorder, 13 sales already done.  I have two suspected buyer from Russia and Spain. As per App’s laws, People cannot use same name and same graphic for a same app. But these are the suspect uses same name and same graphic which one was removed his app from the google store after the publication but one uses the same name for a month and i was tried to contact him through email but he never replied to my mails. The Source code(License) price is 29 US Doller on the codecanyon.net that means who bought the license, they will have a same app like QRecorder and can do publish to playstore by changing some materials like graphic, app color, app name and package name. I think the bad guy who bought my code has modified my source code and add his evil codes to do harm the people.

I Apologies for the devastating cause of my codes which was used by some bad guys to stealing millions of crowns of innocent people from their bank’s account. I’m honest computer programmer and my aim is to provide better service and security to the modern generation by developing a great  mobile application. I’m ready to co-operate with the government of POLAND on this matter. 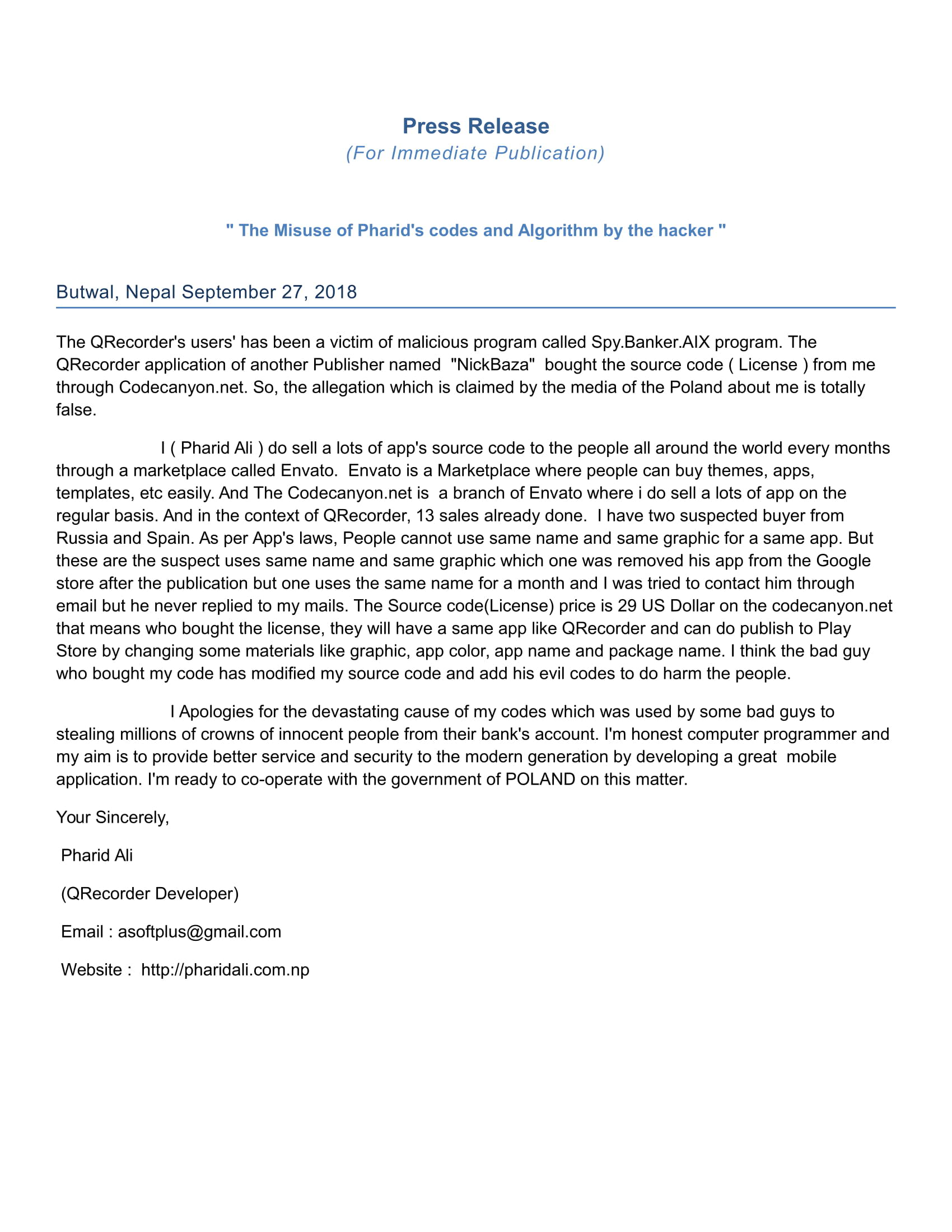