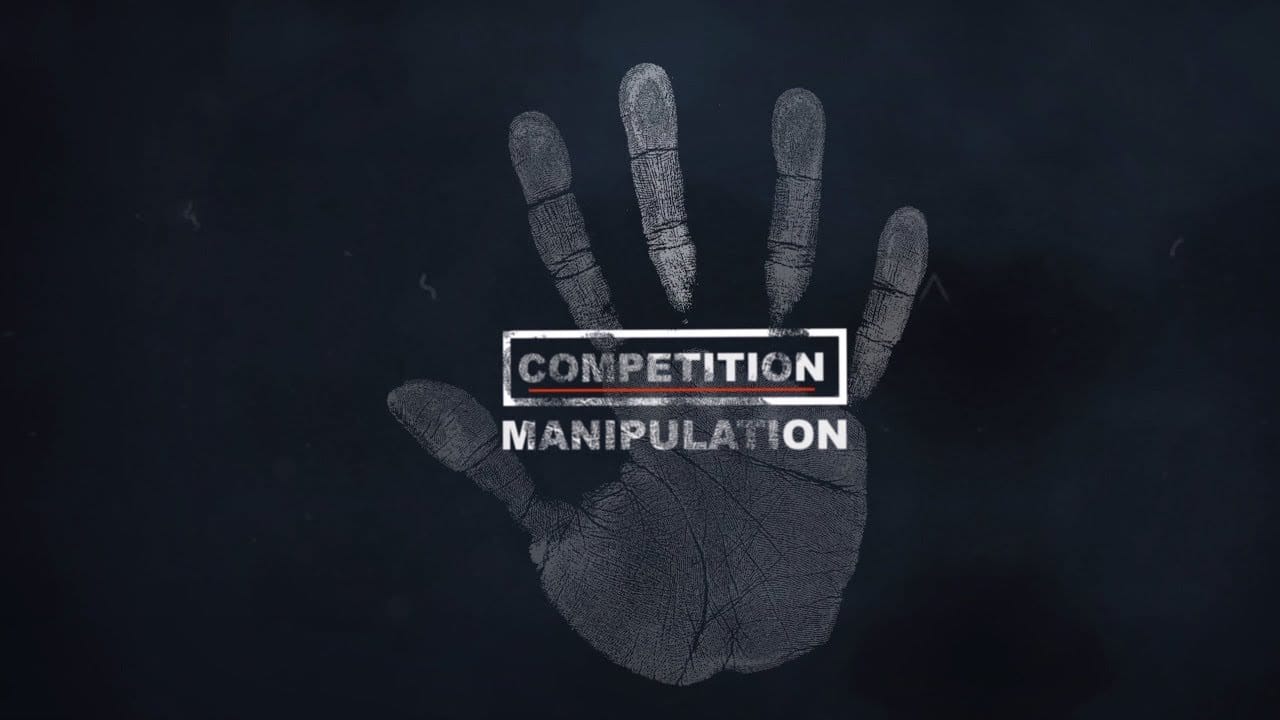 The Hackathon of “Erroneous & Bias” 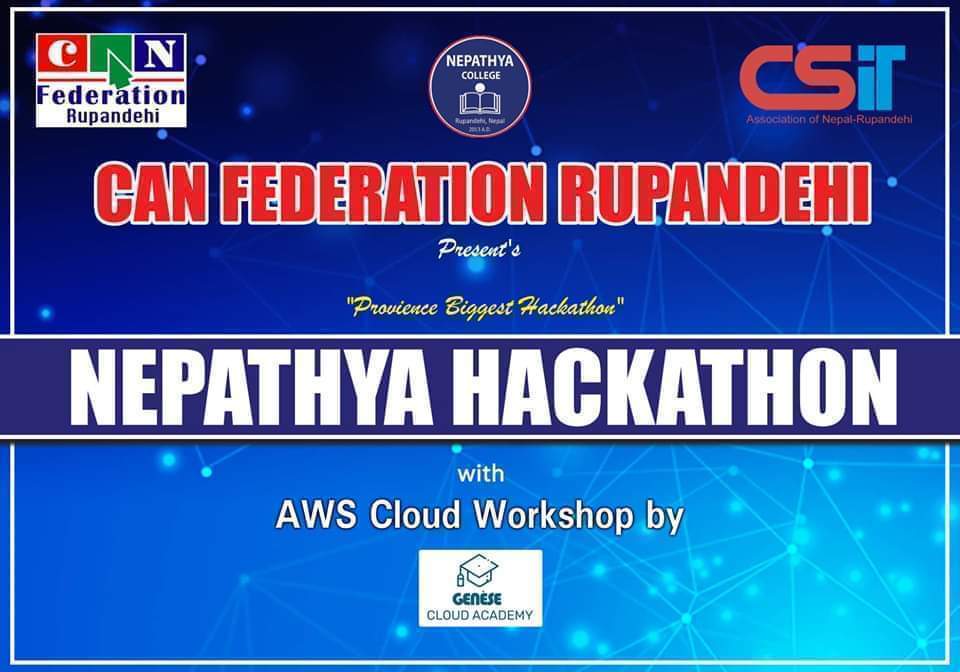 As the very name suggests in the hackathon, we were trying to use technology to hack into a real world problem and solve it better. It’s been a 24-hour production environment where every team needs to develop a product from scratch during those pretty hours. The size of the team varies from 2/3/4 depending on the organization that organized it. I would like to share my first Hackathon experience coordinated by the Nepathaya Collage.

Our team consisted of me and my two mates from the “Lumbini City” Collage. Being a first year student was a perfect opportunity to learn and meet new people. The name of our squad was \”Pharid Dot Com.\” We left our home at 12:00 a.m. and reached college around 1:00 p.m. The Hackathon was due to start at 2PM. Since meeting in the auditorium with tens of other developers, we began to address development issues because, as we understood it, the competition was about product development from scratch rather than presenting business ideas in the slides.

We were very excited, my team: Siddhant and Roshan were the coolest man with a happy and excited face. They don’t know how to write a code, but they were on my side to fully support me. Precisely 2PM, the hackathon started and I started running Android Studio to start developing the Android app for “VISIT NEPAL 2020.” Visit Nepal 2020 was the focus of the Hackathon competition, and we were very excited to work on it because it was in our favours. I started designing things in a small piece of paper. It wasn’t new for me to work without a team of developers. Before this competition, I had created 30 + apps. And my team was totally dependent on me.

It was 12AM, I finished the UI Development and started working on the backend(JAVA) to offer the features, and my mates were watching as I wrote the codes. Because it was the first time they saw the concept of java coding. After working continuously for 20 hours, our product was ready. And my team was very happy looking at the APP interface and the features that we give to foreign tourists. We have introduced Login Framework, Showcase Pages, Homepage, Live Weather(Api based), Top Town, Top Locations, Close Events, Currency Converter(Api based), Hotel Booking(Api based), Flight Booking(Api based), Emergency Helpline(API based). It means we’ve got everything that one app can offer to tourists. Precisely Monday’s 2PM, the hackathon ended and the demonstration program started with many cheif guests and CAN officials.

As planned, the top 3 winner was supposed to be chosen by the jodges but they immediately changed the rule and said they would choose the top 5 teams that we were very dissatisfied with because Hackathon was an international competition and that was unacceptable. I don’t know what they were referring to each other during the talk session, because the whole team was waiting for the top 5 results. After 2 hours, about 4:40PM, the top 5 team was revealed and we were fortunate enough to be picked up.

Now I am going to the agenda of this blog:

What the hell was Hackathon all about? And what was the Nepathaya Sponsored Hackathon?

In the first place, 15 teams participated in the competition. As we have analyzed, literally, our mentors too, only 2/3 teams have successfully produced a full-feature product. How can the judges be able to select 5 teams? Does it make any sense to pick 5 teams from 2/3 teams? As per Hackathon Declaration, “It is an event, typically lasting several days, in which a large number of people meet to engage in collaborative computer programming.” Team “FSociety,” “Pharid Dot Com” and “Reckle” were three teams with a practically usable product. Yet “Reckle” was tossed out by the judges without calling them to top 5.

Many teams were a web-based project with copied boostrap, css and HTML codes without a backend. Should we say the “Full Project” HTML templates? Do you think they’ve been able to fight in the top three without a backend? We totally understood what had actually happened to select five teams behind the scenes. I’m not a judges, but we can understand in a very simple word, “It was totally biased!” Wait, I’ve got to share some more interesting stuff. After the Top 5 has been picked, now it’s the Top 3 team turn. They asked us to visit CAN’s sponsored MELA after 10 a.m. at Bahumukhi Collage to show the project again in front of non-IT Field people who really don’t know about the hackathon.

This was totally as expected. The “FSociety” team was really good, and they built up what the competition was all about. Mentors already knew who was going to be first and second, because the idea of the project was circulated among everyone. They said, “When FSociety gets the first, Pharid be the second, and if Pharid get the first, FSociety will be the second.” We went to them to present the project again. We were at number 4 to display the launch. And now the guys came up with slides to display their HTML templates. And “FSociety” was 3rd, and we were 4th to show up. The FSociety showed up their full live presentation, and We did the same thing.

We’ve shown the entire live setup from the Login Page to the Online Flight Booking system. Everything became clear in my mind. Either we’re going to be first or we’re going to be out because two teams weren’t part of the real competition. The competition was very simple, but my mates told me, “Pharid, we’re going to be second, because Fsociety is showing everything very clearly than us.” The result was about to be published, but I wasn’t pleased because I already knew what the bias would be.

The result: 1. FSociety – Real Competitor, 2nd and 3rd – I don’t know their name because they were not our competitor. My Request to the Organizer and Associate Sponsors: Is our full functional app really defeated by HTML and Slides? Do you think that the real meaning of Hackthon was HTML and Slides? If the competition was about HTML and Slides, why did you call it Hackathon? Because you killed the emotion of Hackathon’s common word and context.

You guys have ruined what the programmer feels about their product. I’m ashamed of you. I’m embarrassed of you. Creating HTML and Slides can be achieved with 9/10 grades of fresh minds. You guys need to respond to my blog if you have a sense of responsibility.

I’d say to the CAN, “You’re dishonest like the government. Your decision was entirely based on bias theory, and you’re pissed off. You can avoid interfering with the International Level Competition. You’re not able to judge these kinds of programs.”

Clear Message to the CSIT Association of Nepal,”You’ve failed, and you’ve created a group of looser, you’ve failed to stop the injustice. You’re always going to be looser in my history. Yeah, LOOSER. You shouldn’t organize such program without proper knowledge because you’re not capable of managing it. Your maturity isn’t going to tell you your abilities, but such a program makes you completely naked.”

If you think I wrote this blog because I lost it? Please don’t think that: I have my own world of programming and IT technology. You shouldn’t need to teach me how to do the things. and I don’t need any prizes to prove myself to the world. I’ve already created what I need.

The honest thing is that, The CAN and Sponsor ‘Nepathaya Collage‘ and so called group of IT young minds ‘CSIT Association of Nepal‘ should take full responsibility of what had happened to the so called “hackathon“